FREE SHIPPING on all online orders to metro areas* Free Shipping on all online orders!* 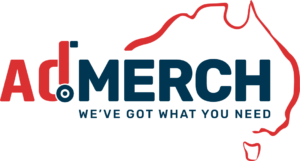 FREE SHIPPING on all online orders!*

Why you need a silt fence and how to install one

In a country like Australia, silt fencing is a critical part of all construction and landscaping projects, especially excavation projects.

A typically dry climate means we increasingly rely on stormwater in urban and urban fringe areas for irrigation and industrial uses – even as a recreational resource for our many lakes and dams. Not to mention the storm water that ends up at our world class beaches. But what does storm water have to do with anything?

When it rains, the rain washes all sorts of things down stormwater drains (the drains on the city and suburban streets). The drains act as a carrier for a significant amount of pollution, collected from private properties, public places, and construction sites.

And while litter is the most visible form of pollution, other contaminants include various sediments and excess nutrients (eg. phosphates and nitrates), organic matter, oil, grease, and residual pesticides and fertilisers.

As we already know, a silt fence is incredibly affordable, but it is also highly effective at preventing all of this potential environmental damage. One thing is for sure, a silt fence is definitely cheaper than the costs associated with losing aquatic species and habitats, and unblocking storm water drains.

Simple tips on how to install a silt fence

Here’s a diagram that shows the correct installation of a silt fence:

Note: The wire mesh is not required with AdMerch’s silt fence, as it is made from super tough polypropylene. You may add wire mesh if you wish, as it will provide extra strength, useful if the silt fence will be in use for an extended period of time. If you want a detailed guide on best practice when it comes to silt fences on small to large agricultural developments, check out this best practice guide by the American Environmental Protection Agency (EPA).

At just $49.50 plus delivery, AdMerch’s 50 metre silt fence is cheaper than anywhere else online – beating major competitors prices by as much as $20.

And our silt fence is of the highest quality – meeting EPA standards in Australia. AdMerch together with Richmond Wheel & Castor Co., were contacted to help locally design, manufacture and supply a range of heavy machinery

How To Choose The Best Castors In 9 Easy Steps

How To Choose The Best Castors In 9 Easy Steps Calculate the load rating Which wheel diameter do I need? What types

A great guide to the range of Richmond Trolleys we stock at AdMerch.

If you have any questions or concerns with any of our products, or wish to discuss your specific needs and requirements,
please do not hesitate to contact us for professional advice and support

*Free metro shipping may not apply to select items. Please note, free metro shipping applies to Perth, Adelaide, Melbourne, Sydney & Brisbane metro areas only. If you are located outside of this, please call us for a fantastic freight rate.